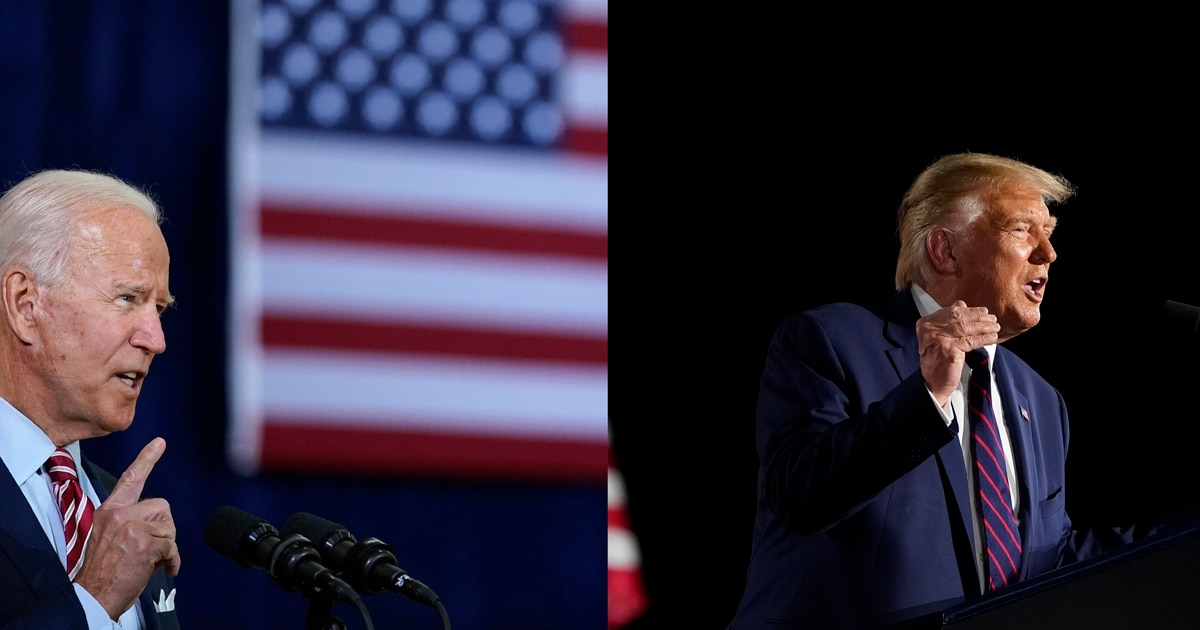 Older veterans are overwhelmingly backing President Donald Trump in the upcoming election while younger veterans significantly prefer former Vice President Joe Biden as the next commander in chief, according to the results of a recent Military Times poll of veterans.

Altogether, about 52 percent of veterans surveyed said they plan to back Trump (or have already backed him, in early voting) in his re-election campaign this year. About 42 percent said they have voted or plan to vote for Biden instead, with the remainder split between third-party candidates and sitting out the election.

The findings — which overall echo other public polls of veterans’ voting preferences — show a stark divide among different age, race and gender groups within the veterans community, even as most share broader views on national security and dissatisfaction with the country’s political environment.

The poll was conducted in partnership with the Institute for Veterans and Military Families (IVMF) at Syracuse University between Oct. 1 and Oct. 13. More than 1,700 veterans, whose prior military service was verified through past interaction with Military Times, took part in the survey.

Like past polls of active-duty personnel, the results of the veterans poll represent a segment of the community that spent more time in the military than the average service member and generally was more focused on the military as a career than other peers.

Get the military’s most comprehensive news and information every morning

By giving us your email, you are opting in to the Early Bird Brief.

Even that lead represents some erosion of support for Trump in the veterans community, however. In 2016, exit polls showed that about 60 percent of voters with some military experience voted for Trump, versus only 34 percent for then Democratic presidential nominee Hillary Clinton.

And in the Military Times poll, Trump’s support among veterans comes predominantly from individuals aged 55 or older. In that group, 59 percent said they plan to vote to re-elect the president, as opposed to 38 percent who plan to vote for Biden.

The older generation of veterans is also the only sub-group surveyed with a larger favorable view of Trump’s time in office than unfavorable, with nearly 52 percent responding positive and 45 percent negative.

Veterans aged 35 to 54 were even more pronounced in their opposition to the current president, with 51 percent planning to back Biden and 40 percent voting for Trump.

Those kinds of differences shouldn’t come as a shock, according to Rosalinda Maury, director of applied research at IVMF.

“Generally there is a tendency for veterans to be more conservative,” she said. « But when you peel back the layers, you find differences within the smaller groups.

“When you talk to veterans and military members, that probably isn’t a surprise, because they know the diversity within the community. But when you talk to the general population, there is a perception out there that most veterans feel the same way on issues.”

Much like the rest of the country, some of the differences in election preferences lie in the different age groups’ priorities.

When asked their top issues in the upcoming election, all three age groups listed the economy, coronavirus response and foreign policy among their most important topics.

Like past polls of active-duty troops, women and minority veterans also have starkly different views of the election than the veterans community as a whole.

Nearly 65 percent of women veterans said they have a negative view of Trump’s presidency, and 59 percent said they plan to vote for Biden (as opposed to 34 percent for Trump.)

About 61 percent of minority veterans said they have a negative view of Trump’s time in office, and 52 percent said they plan to vote for Biden (as opposed to 39 percent for Trump).

The poll results not only showed significant differences in voting preferences but also broad dissatisfaction with the major party candidates. When asked whether they trust each man to lead the military for the next four years, 41 percent responded “not at all” for Trump and 43 percent the same for Biden.

Nearly 59 percent of poll respondents said they were dissatisfied with Biden as the Democratic nominee, with veterans under age 35 the most upset (65 percent), despite their preference for Biden over Trump in the election. Conversely, 51 percent of respondents said they were dissatisfied with Trump as the Republican nominee, with only veterans older than 55 giving him a majority of positive views (54 percent).

None of the veterans surveyed thought military and veterans policy have gotten the attention they deserve so far on the campaign trail.

Biden scored higher marks than Trump in “respect for troops and veterans” and honesty. More than half of all respondents rated Trump as “poor” in the latter category.

Between Oct. 1 and Oct. 13, Military Times in collaboration with the Institute for Veterans and Military Families at Syracuse University conducted a voluntary, confidential online survey of U.S. veterans. Poll participants are readers of Military Times publications whose military status is verified through official Defense Department email addresses and other past contact with the organization.

The survey included about 30 questions on service members’ opinions related to the current political climate, policy and national security in the United States.

The survey received 1,733 responses from veterans. The IVMF used standard methodology to weight the results according to demographics such as gender and age. The margin of error for most questions was less than 2 percent.

Like most studies where participation is voluntary, the poll’s sample is subject to self-selection bias. Researchers sought to account for that and adhered to generally accepted scientific practices analyzing the data.

The survey audience was 91 percent male and 9 percent female. The respondents identified themselves as 84 percent white, 6 percent Hispanic, 7 percent African American, 2 percent Asian and 7 percent other ethnicities. Respondents were able to select more than one race.

Military Times and the researchers at IVMF have used similar methodologies for other surveys of active-duty troops since 2016.