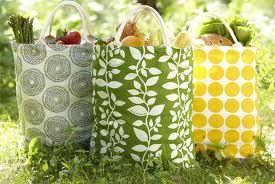 The WTO Secretariat reported that the decline in the value of LDC merchandise exports was steeper than the 13 per cent average decline in global exports registered in the first six months of the year. The LDC services sector also took a hit, with preliminary estimates suggesting a drop of close to 40 per cent in the first six months of 2020. The LDCs also had a subdued trade performance in 2019, with their share in world exports (goods and services combined) remaining static at around 0.96 per cent.

The impact of the pandemic on LDC trade was a special focus of the Secretariat’s latest annual report on market access for products and services of export interest to LDCs.

« The exports of the LDCs have been hit hard by the pandemic, » stated Ambassador Monique T.G. Van Daalen of the Netherlands, the chair of the sub-committee. « At the same time, we have seen that the impact has not been uniform across LDCs and sectors. Exports of fuels and manufactures, as well as of travel services, experienced sharp contractions in the first half of 2020. »

« The outlook for trade remains uncertain as the pandemic continues to disrupt activities around the world, » she added.

The report also noted that the COVID-19 pandemic has further underlined the LDCs’ dependency on tourism, which accounts for close to half of LDC services exports, and that finding new opportunities in services exports is essential for LDCs.

Not all LDC members have been hit to the same degree by the effects of COVID-19 on world merchandise trade; 12 out of the 47 WTO LDC members showed increases in exports in the first half of 2020, the Secretariat report notes. In addition, the agricultural sector was less impacted by the pandemic, with exports of farm goods declining by only 1 per cent in the first half of 2020.

Several members took the floor to express concerns about what one delegation described as the « sobering picture » presented by the Secretariat report. Speaking on behalf of the LDC Group of WTO members, Chad stressed the importance of maintaining, and expanding upon, existing trade initiatives in favour of LDCs as well as support for productive capacity building. The importance of the entire range of preference programmes for LDCs was highlighted.

The sub-committee later received updates and briefings on trade-related technical assistance and capacity building initiatives in favour of LDCs. This included reports from the Executive Secretariat for the Enhanced Integrated Framework, a partnership among LDCs, donors and international agencies which seeks to leverage the support of the international community to harness trade and development in LDCs, as well as from the Secretariat of the Standards and Trade Development Facility, a global partnership that promotes improved food safety, animal and plant health capacity in developing countries.

The sub-committee also received an update from the WTO’s Accessions Division on the state of play in the accession working parties of the eight LDCs currently seeking WTO membership (Sudan, Ethiopia, Sao Tome and Principe, Comoros, Somalia, South Sudan, Bhutan and Timor-Leste).