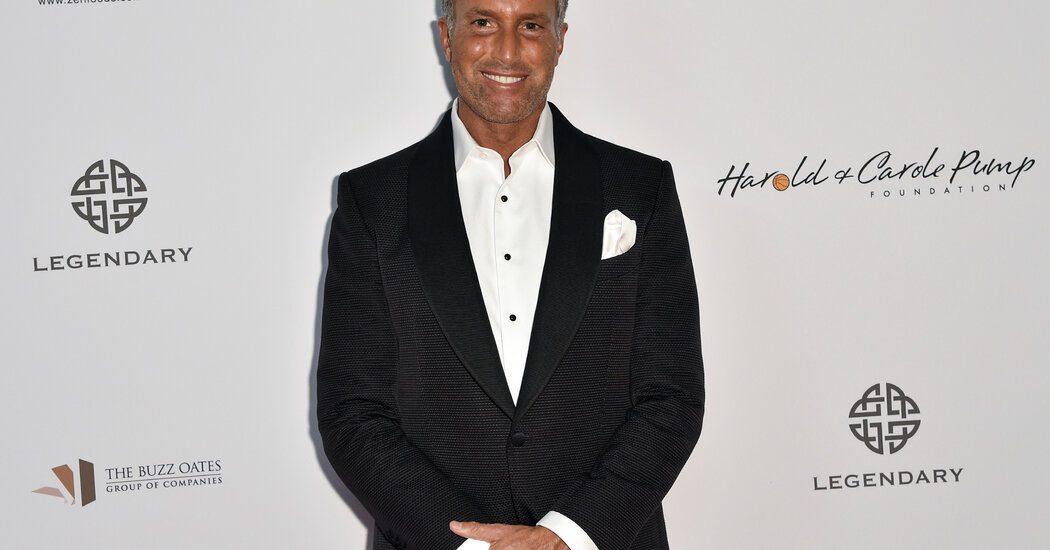 Philip Esformes acquired a $1.6 million Ferrari and a $360,000 Swiss watch and traveled around the United States on a private jet, a spending spree fueled by the spoils from what federal prosecutors called one of the largest Medicare fraud cases in history.

“Philip Esformes is a man driven by almost unbounded greed,” Denise M. Stemen, an agent in the F.B.I.’s Miami field office, said last year after Mr. Esformes, 52, a nursing home operator, was sentenced to 20 years in prison for the two-decade scheme that involved an estimated $1.3 billion worth of fraudulent claims.

His rapid path to clemency is a case study in how criminals with the right connections and resources have been able to cut through normal channels and gain the opportunity to make their case straight to the Trump White House.

For Mr. Esformes, that involved support from a Jewish humanitarian nonprofit group that advances prisoners’ rights and worked with the White House on criminal justice issues, including clemency and legislation overhauling sentencing laws that was championed by Mr. Trump and Jared Kushner, his son-in-law and adviser.

Mr. Esformes’s family donated $65,000 to the group, the Aleph Institute, over several years starting after his indictment, according to the group.

His name adorns a school in Chicago associated with the Chabad-Lubavitch group of Hasidic Jews, whose leader at the time was involved in the creation of the Aleph Institute in the early 1980s. His father is a rabbi in Florida. His family has also donated for years to the Chabad-Lubavitch movement, to which Mr. Kushner has longstanding ties.

In the announcement of the commutation, the White House said Mr. Esformes had been “devoted to prayer and repentance” while in prison and is in “declining health.”

Alan M. Dershowitz, a longtime supporter of clemency who works with the Aleph Institute on a volunteer basis, said the group “played a significant role” in Mr. Esformes’s clemency effort and “put together the papers” for the petition.

Mr. Trump has largely overridden a highly bureaucratic process overseen by pardon lawyers for the Justice Department and handed considerable control to his closest White House aides, including Mr. Kushner. They, in turn, have outsourced much of the vetting process to political and personal allies, allowing private parties to play an outsize role in influencing the application of one of the most unchecked powers of the presidency.

Among those allies is the Aleph Institute, a well-known force in criminal justice issues which beyond Mr. Esformes’s case has also weighed in on less high-profile clemency requests to Mr. Trump.

The White House on Wednesday specifically cited Aleph in announcing Mr. Trump’s commutation of what supporters had contended was a disproportionately severe 20-year sentence given to Daniela Gozes-Wagner, a single mother and midlevel manager in Houston, in a health care fraud and money laundering case.

Clemency efforts represent a small fraction of the work done by the Aleph Institute, which has championed fewer than 50 such cases, a majority of which involve prisoners who are not Jewish and are indigent, according to the group.

“Aleph has worked with more than 35,000 inmates and their families since its inception,” Rabbi Sholom D. Lipskar, the institute’s founder, said in a statement on Thursday. “Almost all of the people Aleph works with are destitute, and the same is true for almost all the clemency cases.”

Aleph has helped advance at least five of the 24 commutations handed down by Mr. Trump, including the recipient of the president’s very first commutation — issued in 2017 to Sholom Rubashkin, the chief executive of a kosher meat processing company who was convicted in 2009 on fraud charges — and three commutations announced on Wednesday.

“They are a major, major force of pushing commutations,” said Mr. Dershowitz, who recommended a number of clemency petitions that Aleph supported, and says he personally spoke to Mr. Trump about Mr. Rubashkin’s case.

Mr. Dershowitz said donations to Aleph were “absolutely not” a factor in deciding which clemency cases to support.

“The people who make those decisions are completely independent,” he said. “I can tell you categorically that Aleph is supporting people who A, are not Jewish, and B, who have made no contributions whatsoever.”

Like several of the lawyers who work with the Aleph Institute — including Ken Starr, the former independent counsel who investigated President Bill Clinton, and the former federal prosecutor Brett L. Tolman — Mr. Dershowitz has ties to the Trump White House of the sort that tend to be coveted by clemency seekers hoping for the president’s attention.

He and Mr. Starr represented Mr. Trump during his impeachment trial, while Mr. Tolman advised the White House on the criminal justice reform overhaul pushed by Mr. Kushner and signed into law by Mr. Trump in 2018.

Mr. Dershowitz, Mr. Starr and Mr. Tolman have all lent their names to clemency efforts championed by the Aleph Institute, as have other prominent Republicans like the former F.B.I. director Louis J. Freeh and the former attorney general Michael B. Mukasey, both of whom are featured on the Aleph Institute’s website endorsing the group’s work.

Mr. Freeh and Mr. Dershowitz have also worked with Gary Apfel, a lawyer who works on a volunteer basis with the Aleph Institute, including on the clemency campaign for Mr. Esformes. The three lawyers were registered lobbyists for Dan Gertler, an Israeli billionaire whose assets were frozen by the U.S. Treasury Department in 2017 because of corrupt mining deals in the Democratic Republic of Congo.

Mr. Apfel, Mr. Freeh, Mr. Starr and Mr. Mukasey did not respond to requests for comment.

Mr. Dershowitz said the Aleph Institute’s effectiveness stemmed from the thoroughness of the clemency applications it submits to the White House.

He said that staff members in the White House Counsel’s Office, which has worked with Mr. Kushner’s team to vet the applications presented to Mr. Trump, told him that “the counsel’s office relies heavily on the credibility of Aleph, and they prove credible repeatedly.”

The Aleph Institute was founded nearly four decades ago by Rabbi Lipskar of the Chabad-Lubavitch movement of Hasidic Jews, at the direction of the movement’s leader, Rabbi Menachem M. Schneerson, who emphasized the rehabilitation of prisoners. The Aleph Institute had a budget of $6.9 million during the 12-month period from fall 2018 to fall 2019. The group takes its name from the first letter in the Hebrew alphabet and supports a range of programs beyond clemency, including criminal justice reforms and expanded religious and social services for prisoners and military personnel.

Rabbi Lipskar said in an interview in August that the organization was working on a commutation for Mr. Esformes but had not yet met with anyone in the White House.

He said he did not remember precisely how he came to learn about the case of Mr. Esformes.

Mr. Kushner and his wife, Ivanka Trump, have their own connections to Chabad-Lubavitch, having chosen a home in Washington within walking distance to a Chabad synagogue where they attend Shabbat services. The weekend before the 2016 election, they visited the grave site of Rabbi Schneerson. The Kushner family foundation has donated hundreds of thousands of dollars to projects and institutions associated with Chabad, according to a tally by the Israeli newspaper Haaretz.

After Mr. Esformes was indicted, Rabbi Lipskar said he visited Mr. Esformes in prison at least 25 times and “became almost like his personal rabbi.”

Mr. Esformes’s father “ramped up his financial commitment to Aleph,” according to a 2019 court filing by Mr. Esformes’s lawyers. They said the money was donated partly “in appreciation for all that Aleph has done for Mr. Esformes” and was given to the group “generously, if not exclusively selflessly.”

Most donors behind Aleph Institute are not public, but its board members include the Miami-based real estate developers Sonny Kahn, Alberto Kamhazi and Russell Galbut, as well as David Schottenstein, a member of the Ohio family that created retail giants like DSW and American Eagle.

Its mission comports with the particular value assigned by the Chabad-Lubavitch tradition on rehabilitating and freeing incarcerated people, stemming partly from the imprisonment of its founding rabbi in late 18th-century Russia on politically motivated charges.

President Trump has discussed potential pardons that could test the boundaries of his constitutional power to nullify criminal liability. Here’s some clarity on his ability to pardon.

Mr. Kushner, who had championed a criminal justice overhaul that Mr. Trump signed into law, is seen by supporters of overhauling the criminal justice system as an ally who is willing to consider recommendations on sentencing changes and clemency petitions. The legislation expanded early release programs and modified sentencing laws, including mandatory minimum sentences for nonviolent drug offenders, to more equitably punish drug offenders. But it fell short of more expansive measures sought by many activists.

Mr. Kushner also had a personal connection to the issue. His father, Charles Kushner, served 14 months in a federal prison in Alabama for tax evasion, witness tampering and making illegal donations. The elder Kushner was among those pardoned on Wednesday by Mr. Trump.

Mr. Kushner played a role in recommending that Mr. Trump commute the sentence of Mr. Rubashkin, the former kosher meat processing executive whose commutation in 2017 was supported by Aleph Institute.

At the White House Hanukkah party last year, Mr. Trump praised one of the group’s leaders, Zvi Boyarsky, a Chabad rabbi, for his leadership in generating support among lawmakers, judges, prosecutors and Jewish groups for the criminal justice reform legislation.

This year, the Aleph Institute hired Mr. Tolman, a former United States attorney from Utah, to lobby on criminal justice issues, including the so-called trial penalty, when defendants who refuse plea deals offered by prosecutors receive far longer sentences after being convicted at trial.

Two of the people whose sentences were commuted by Mr. Trump on Wednesday, Mark A. Shapiro and Irving Stitsky, were each sentenced to 85 years in prison for their roles in a $23 million real estate scheme after they turned down plea agreements of less than 10 years each.

The White House specifically credited Mr. Tolman and the Aleph Institute for supporting the commutations.

Mr. Dershowitz, whose brother’s daughter-in-law has worked with the group on alternative sentencing, called the case “a paradigmatic trial penalty case.”

Mr. Esformes was convicted of a scheme in which he directed employees to pay doctors kickbacks in cash, using code words like “fettuccine.”

He then took a cut worth about $37 million of the illegal profits, prosecutors said, using the money to pay for items such as escorts, travel expenses and a bribe to a coach at the University of Pennsylvania to help his son gain admission.

At his sentencing last year, Mr. Esformes described himself as “reckless, impulsive” and “arrogant,” and said he had “cut corners without fear of consequences.” He added, “There’s no one to blame but myself.”

The judge overseeing the case called Mr. Esformes’s behavior a violation of trust of “epic proportions.”

But supporters of Mr. Esformes say he was a victim of misconduct by prosecutors in his case, who were found by a magistrate judge to have improperly gained access to dozens of boxes of documents compiled by his lawyers, material that should have been protected under attorney-client privilege.

“It is a litany of the worst prosecutorial misconduct I have ever seen and fatally damaged any chance Esformes had for a fair trial,” Roy Black, a lawyer for Mr. Esformes, said in a statement. “This is why the president decided to commute the sentence.”

In March, Mr. Esformes’s lawyers had asked a federal judge to release him, claiming “pulmonary and upper respiratory problems” as well as the threat of the coronavirus. But federal prosecutors strongly objected to his release, disputing the claims of declining health. The judge rejected the request.

“Virtually every person over the age of 50 has some health condition that could conceivably put that person at a greater risk of succumbing to the coronavirus,” Judge Robert N. Scola Jr. wrote in April, “but this does not entitle every inmate over 50 to be released.”